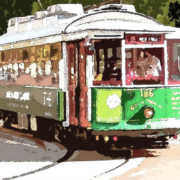 The McKinney Avenue Transit Authority continues to monitor updates from the Centers for Disease Control and Prevention and other public health authorities.

The safety of our riders and employees is always our top priority and we are taking the risk seriously. Accordingly, we are focusing our energy and resources toward that goal by taking the following measures:

We will continue to adapt our approach as needed as the situation evolves and additional government guidance is issued. With combined effort to be vigilant we can keep the trolley running for the community and for your convenience. 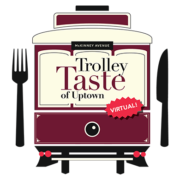 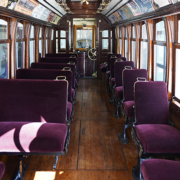 On July 31st, the McKinney Avenue Transit Authority unveiled its restoration of the oldest operating street car in the nation. 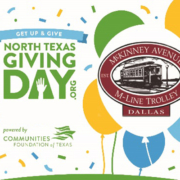 On September 17th, our community will come together for North Texas Giving Day, an annual event that supports non-profits in the region.

Our work, like everyone’s, has been challenged by the current climate and the impact of this pandemic on our neighborhood, region and world. At the same time, we’ve adopted protocols that allow us to continue providing transportation to those who rely on us while maintaining our 110% commitment to rider safety.

As a 501(c)3 non-profit organization, we rely on the generosity of our riders and sponsors. Your support is needed during this critical time. If you can, we are asking for your support to help us continue serving those who rely on our service and providing resources for our staff & volunteers to continue forward.

Ways you can help:

We thank you for your kindness, send our heartfelt gratitude and best hopes for our neighbors. We are all in this together. 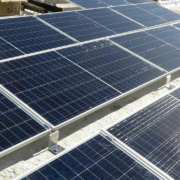 Thanks to the generosity of Green Mountain Energy Sun Club’s grant of $368,000 for a set of Sustainability Projects, MATA’s operation has become even more energy efficient. Many consider the McKinney Avenue Trolley already “green” as we run our streetcars on electricity, not limited, expensive and polluting fossil fuels. This partnership has helped make our system more energy efficient by reducing electricity consumption and saving costs. It also brings awareness of environmentally conscious renewable resources on both a small and large scale.

The Sustainability Projects include:

The Sustainability Project has helped MATA become more energy efficient by reducing our electricity consumption and expenses, and equally important, improves the experience for our more than 500,000 riders every year. This green initiative will have a positive environmental impact on MATA and the surrounding Uptown area for years to come. 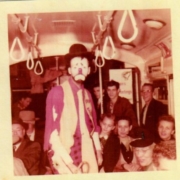 DALLAS, TEXAS – “Clang, clang, clang went the trolley!” Just as the reverie of these famous lyrics from The Trolley Song can spark a smile, Dallas’s vintage McKinney Avenue M-Line Trolleys – with their rich history, character, and charm – have been providing free rides to Dallasites and visitors, conjuring wonderful memories, and putting smiles on the faces of kids of all ages for 30 years.

The McKinney Avenue Transit Authority (MATA) will launch its 30th Anniversary Year of Celebration at 3:00 pm on Thursday, March 7th for media, friends and supporters at the Uptown Station Turntable, 2700 Cityplace W Blvd, Dallas, TX 75204. Dignitaries including Mayor Mike Rawlings will participate. Additional highlights of the event will include the opening of a time capsule embedded almost 30 years ago in the wall of “Rosie”, MATA’s American-made Streetcar #122, the oldest continuously running trolley in North America.

A 2019 Time Capsule Contest will be announced welcoming on-line entries for the opportunity to contribute suggestions for the new 2019 time capsule, which will be embedded in the wall of Rosie, alongside the 1989 capsule. Entrants will be invited to propose their ideas of what messages to send our future Trolley riders and the Dallas community. One winner will be chosen by judges to be announced along with details of the contest.

On Saturday, September 28th, everyone is invited to the free “Love the Trolleys Birthday Party” on Moody Plaza in Klyde Warren Park, featuring cake, music, trolleys, food trucks and entertainment,

Next, The Trolley Taste of Uptown will be held on October 3rd at The Crescent in Uptown, where the very first Trolley launch party took place, providing tastes of fine cuisine from restaurants on the Trolley line. Tickets will be available for purchase.

Ten-year-old trolley aficionado and expert, Oliver, named Honorary Motorman for the 25th Anniversary is enthusiastically back for the 30th. This year, he is joined by 14 Trolley Ambassadors, ages three to 16, to welcome guests at events and provide information on the trolleys. “We’re all excited about celebrating our 30th anniversary,” said Mr. Cobb. “Our resident Trolley Barn cat, Stone, who was born on the 4th of July, is looking forward to it too.

MATA Gets Kudos for Historic Preservation

Preservation Dallas selected MATA to receive the organization’s 2018 Stewardship Award. It’s a first in the award’s history: The accolade generally recognizes architects and the like, who restore historic buildings and sites throughout Dallas.

“We’ve never given the Stewardship Award to something that moves before,” said David Preziozi, the organization’s executive director. “But we wanted to recognize MATA’s wonderful work in bringing back a significant part of Dallas’ history. It hasn’t been an easy task – a lot of hard work went into restoring those trolley cars, and Dallas is a more historically vibrant place for their efforts. The M-Line is a true icon.”

So far, MATA has restored six vintage streetcars, and currently is restoring a seventh.

Preservation Dallas is a nonprofit organization dedicated to the revitalization of Dallas’ historic character, and the restoration of the city’s architectural and cultural resources.

As a boy growing up in Chicago, Victor Cervantes was fascinated by the way things work. That interest only intensified as he grew older. “I’ve always been especially drawn in by anything that has wheels – old cars, motorcycles, you name it,” he says.

He seems to have landed in the right place: MATA, where he joined as the agency’s new president in February.

After earning his degree in electronics engineering, Cervantes embarked on a long and varied career that took him all over the map, literally and figuratively. He’s worked at Motorola, Unisys and Nortel Networks for more than 15 years, where he was – among other roles – vice president of wireless engineering; a knack for marketing and a way with people found him gravitating toward sales, product management and market development.

Eventually, Cervantes became a regional managing director for that company, where he was responsible for all aspects of the organization – human resources, technology, sales, finance and operations – with clients throughout Mexico and most of Latin America.

An entrepreneurial bent got the best of him, and after a few years, Cervantes decamped to San Antonio, where he owned several franchise outlets. After selling them, he had his eyes open for the next opportunity. That’s when MATA Board member Doug Nichols stepped in.

“I’ve known Doug for years, and he mentioned to me that MATA was looking for a new president.,” he says. “I decided to look into the organization and I liked what I saw.”

With his background in marketing, management, operations and familiarity working with technology, Cervantes is ideally suited for the position. He’s especially excited about the problemsolving – and fun – of retrofitting vintage rail cars with modern technology. “This is why I became an engineer in the first place!” he says.

MATA is happy to welcome Vic Cervantes aboard. The M-Line’s New President group presented the Stewardship Award in the “Special Recognition” category to MATA at a ceremony in May.