Dallas’ first streetcar company opened in 1872, running along Main Street to connect Downtown to the newly opened Houston & Texas Central Rail depot. Mules pulled the cars, much like a horse and buggy, until electric streetcars were introduced in 1890.

At the height of the era, streetcar service in Dallas covered almost 200 miles of tracks with a fleet of nearly 400 streetcars. Although Dallas enthusiastically adopted the automobile, streetcar service remained an important transportation mode for decades. Nevertheless, as automobiles gained in popularity and suburban growth continued migrating away from the city center, ridership declined. Service finally ended in 1956 after serving Dallas for more than seven decades.

The McKinney Avenue Transit Authority (MATA) was founded in 1983 to return heritage streetcars to the urban fabric of Dallas. Two Dallas residents, Phil Cobb and Ed Landrum, began championing the idea after discovering tracks on McKinney Avenue that had been paved over and forgotten. In 1989, the McKinney Avenue Trolley celebrated the grand opening of its 2.8-mile route at an event that was attended by thousands of Dallas locals.

The M-LINE has expanded several times to now serve a 4.6-mile route with seven vintage cars. The first expansion opened in 2002, extending the route north to connect to DART’s CityPlace/Uptown light rail station, followed by the construction of a turntable in 2011. The second expansion opened in 2015, creating the southern loop in Downtown that connects riders to DART’s St Paul light rail station.

After more than 30 years, MATA has grown to become a critical component of the city’s transportation network as well as a treasured amenity of Dallas.

Pick up a copy of McKinney Avenue Trolleys from our store.

This 128-page book features 192 images and history about streetcar transportation in Dallas, MATA’s founding, and more. 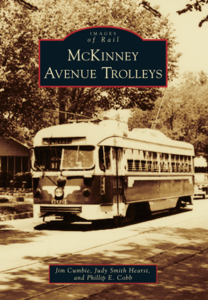 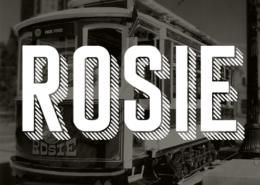 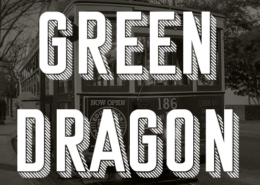 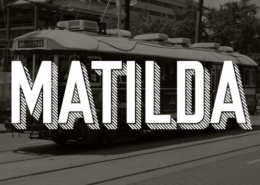 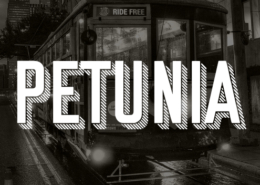 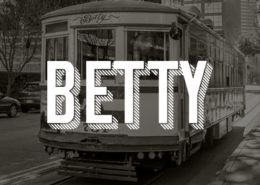 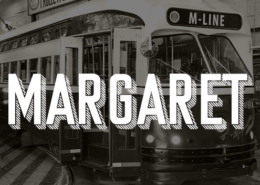 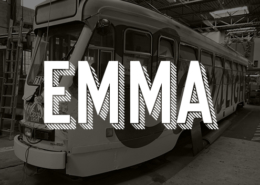 What is a trolley?

A trolley car (or streetcar) is similar to a railroad passenger car. Like a train, a streetcar runs on a set of rails. Streetcar tracks are usually in or alongside city streets. An electric streetcar is sometimes referred to as a “trolley”, because it has a special pole that extends from the roof of the car to an electrified overhead wire, similar to a telephone or utility cable. The trolley pole collects power from this overhead cable and sends it to the motors located underneath the streetcar. The operator “drives” the streetcar with a controller. All of our currently operating streetcars can be operated from both ends and, with the exception of car 122, have two trolley poles. When the operator switches the pole, he or she is, in effect, “changing ends,” instead of having to physically turn the car around to go in the opposite direction.

Who invented the trolley?

The first streetcars, pulled by horses or mules appeared in 1828. By 1886, 300 US cities had horse car lines. In 1876 some streetcar lines were powered by little steam “dummy engines” disguised to keep from scaring horses. Seeking a more economical way to power streetcars, Andrew F. Hallidie developed cable cars. Although cable cars were first used in San Francisco, they ran in 27 other US cities as well.

Over the years many other ideas — some ingenious and some downright weird — were proposed to power streetcars, but none proved to be practical until electricity was chosen as the propulsion means. Leo Daft’s early streetcars picked up power from two overhead lines on which rode grooved wheeled trollers which had a bad habit of frequently dropping off the wires. This method never achieved any satisfactory degree of reliability. However, the word “troller” evolved into the word “trolley.”

Frank Sprague pioneered the practical electric trolley car by inventing an ingenious design for mounting the electric motors on the axles of a street car truck. In 1888, Using the Van Dopoele method of current collection, Sprague opened his first streetcar system in Richmond, Virginia. The line’s success spawned similar street railways all across the world.

What’s the difference between a trolley car and a cable car?

Streetcars (trolley cars) and cable cars both run on tracks in city streets. Although a streetcar running on electricity gets its power via a trolley pole from the overhead wire, a cable car is pulled along by a special cable located under the street in a slot between the rails. This cable runs continuously at 9 miles per hour. The cable car operator is called a “gripman,” because he controls a special “grip,” that grabs onto the cable to run the car, and lets go of the cable when he wants to stop the car.

Cable cars once operated in many cities around the world, but were replaced by more efficient, lower cost trolley cars. The only surviving cable cars are the famous ones of San Francisco that have been running for over 100 years

What are P.C.C. streetcars?

PCC streetcars were designed in the mid-1930s to defend the use of streetcar trolley transportation against increasing automobile competition. The (Electric Railway’s President’s Conference Committee) car, was an industry-wide consortium established to produce a standardized, streamlined, smooth, quiet, fast, comfortable and stylish cars. The first PCC car was tested in Brooklyn, NY, in 1936. Eventually 4,000 PCCs ran in 29 cities in North America.

Dallas received 25 double-ended PCCs in 1945. The transit company had planned to order more, but instead decided that the future of public transit was the electric trolley bus. After streetcar service ended here in 1956, Dallas sold their PCCs to Boston where they ran for 3 or more decades. The M-Line has acquired one of these to restore.

In 1996 MATA purchased 2 PCCs in almost brand-new condition from the Toronto Transit Commission. In 2012, MATA began readying one service.

Why were the last Dallas streetcar lines abandoned in 1956?

In short, Dallas had outgrown its remaining four streetcar lines and there was a lot of pressure to to replace them with buses.

Most of Big D’s streetcars were 30 years old or more. They interfered with a planned one-way downtown street system. The merchants on Jefferson Avenue in Oak Cliff wanted the trolley tracks removed from the center of the street so they could add more parking spaces. The locally owned transit company had been sold to an outside pro-bus firm. The mayor believed that Dallas could never become a modern city while it was “tied to an antiquated electric rail transit system.” America’s postwar love affair with the automobile had helped to diminish the popularity of mass transportation.